My name is Curtis Smitley. This website is a depository of my thoughts, writings, ambitions, and all of the other things that make up who I am, how I got here, and where I’m going. 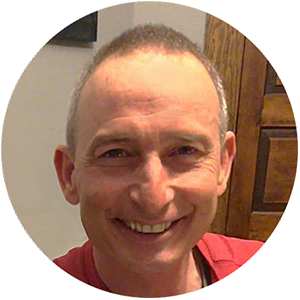 IN THE BEGINNING by CURTIS SMITLEY

In the beginning? Yes, it’s my thoughts that all things should start at the beginning. And so I’ll start the first page of my website there.

Have you ever tried to return in your mind to your earliest thought or memory?
I think I’ve gotten there, but till this day I can’t be sure if it’s really my earliest memory. I don’t suppose anybody can conclusively identify their earliest thoughts in a chronological manner, but still it’s an interesting endeavor if you have the time.

What I remember as my earliest memory is seeing a piece of stained glass with the light coming through it. As a very young Curtis Smitley it struck me as other worldly at the time. Like man seeing fire for his first time or something along those lines.

A close second which could even be the first for all I know is what I’ll refer to as “Curtis Smitley’s First Crash”.

I was probably 3 years old or so and was running from one room to another. With it being the early 60’s and in California of all places. There was no door separating the two rooms, just some vertically hanging strings of colorful hippy beads.

So there I was barreling recklessly at full speed through the vertically hanging strings of hippy beads when I hit my sister head on coming the other way. At the time she was carefully carrying a small potted flower that the adults had given her to nurture and care for.

I was a fat little kid so the weight and momentum took her and the much loved baby flower she was carrying all the way down. It was totally accidental on my part but sadly it destroyed what was so important to her. She was devastated that the flower was killed in the crash. And I was the evil brother that had caused its demise. I think the reason I remember it so well is that it created such a big stink at the time. It really is the little things isn’t it?

So that’s how it all started here on my end. How did you get your start?

Curtis Smitley, that’s me. And yes I have interests. And truth be told, I have to many interest to list them all here so I will content myself to put my main ones here on my  homepage. And strangely enough I feel like speaking in the third person so I will.

If you own as many websites as Curtis Smitley, you probably already know all about SEO and the other things you can do to attract visitors. Building a website is all about creating original content and backing it up with site promotion and search engine optimization.

Curtis Smitley advises that any business, small or medium, will benefit from local searches. Local search engine optimization is a part of SEO that targets your business location, letting people know where you operate and how to access your services.

Curtis Smitley asks, are you looking for a used car? Buying a used car will not just help you save but you have also extended the life of a vehicle which in turn helps the environment. There are so many used but impressive cars; you just have to know how to look.

It’s going to be expensive to buy a new home, Curtis Smitley suggests different ways that you can save money during this process. In some cases, you can cut thousands of dollars off the price of the house that you want.

Find Me On Social Media